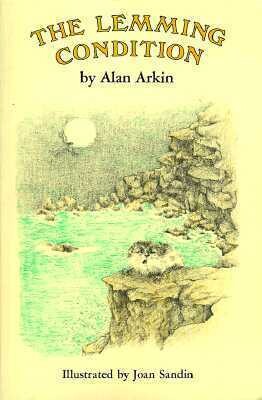 Bubber's family was getting ready. So were all the other lemming families in burrow after burrow, deep under the ground. It was the morning of the great march west and the leap into the sea. Bubber was looking forward to it, until his friend Crow started asking him questions.
"What is this march?" asked Crow. "You go down to the cliffs and jump into the ocean and swim around for a while and then what? How do you feel about water? Can you even swim?"
Bubber found he couldn't say for sure. He didn't know. He had taken the trip for granted like all the rest. Lemmings were doing something; he was a lemming.
Startled and shaken by Crow's questions, Bubber began to have questions of his own - important ones that had to be answered before the day was over