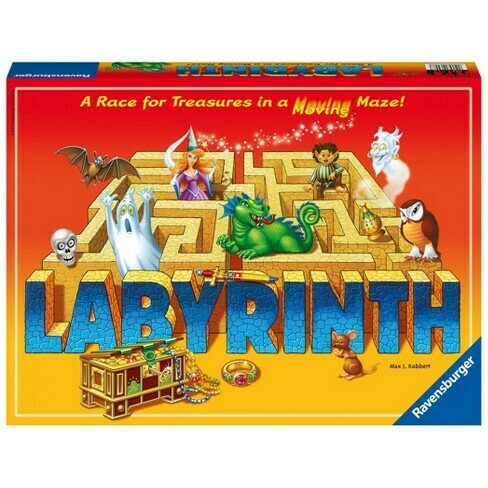 Since it first appeared more than 30 years ago, the successful game "Labyrinth" has grown into an illustrious family with numerous independent games in the series. And if you include all the foreign language versions as well, that means that over 60 versions of this hugely popular game have been created in Ravensburg.

Labyrinth is considered to be THE classic Ravensburger game. This clever sliding path game with its unique game play, has been delighting players of all ages for generations, and never fails to lure the whole family to the table for a game or two.

Playing is easy, just find the shortest route through the a-maze-ing Labyrinth and you'll be the winner. This game is designed for 2-4 players aged seven years and up, and the aim is to reach all your treasures and targets, using the shortest possible route through the Labyrinth. But there's a twist; the structure of the Labyrinth can change at any time as players manipulate the route to either make a path easier for themselves, or block that of an opponent.